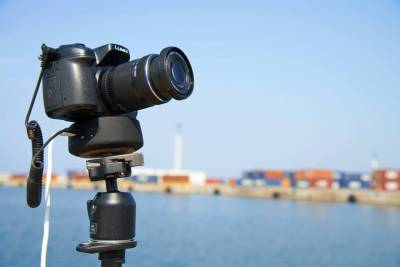 What if you add a timelapse to your next audiovisual production?

With a timelapse, the sensation of passing time is obvious.
This is the best visual way to summarize, in a few seconds, an action that took hours, even days or months to come true!

These accelerated films also bear the name of hyperlapse if in addition to the time that passes, they transport you in space, as an aerial shot or a semicircle around a remarkable point.

See some examples of hyperlapses by drone for sale through our drone videos stock collection.
Performed on the ground, or by drone, by dedicated cameras programmed accordingly, these few images will make all the difference with the film of your competitor who did not use it!

The members of the network listed below, master perfectly these two creative techniques with high added value. Of course, they can support the design and production of a short film.
All are experienced in audiovisual production, with or without drones !

Know how to optimize your technical skills
This is the main quality you look for in a creative person who makes aerial shots with drone and ground. The work requires rigor, meticulousness and creativity. Let's take the example of two shooting techniques called timpelapse and hyperlapse. The idea is to film a sequence of a well-defined duration from the same point of view. The result is compiled in slow motion or accelerated on a video.


The making of videos in timelapse and hyperlapse

The projection standard of a film is on average 24 or 25 frames per second. These two shooting techniques consist in decreasing the number of frames per second to give an acceleration effect. This is called an accelerated summarization technique. Today, companies and certain television programs are very demanding for this type of video.

What is the difference between a timlapse and a hyperlapse?

The difference between the two is very simple. In the timelapse, the camera is fixed. We can also use a drone that we will stabilize in flight for high shots. The whole sequence is filmed from a single angle. It is used in particular for scientific videos to measure rather long phenomena. It is also used to monitor building sites in the construction, urban planning and industrial sectors. Farmers also use it to monitor the evolution of their crops.
On the other hand, hyperlapse is a technique similar to timelapse, except that the camera is in motion to film a scene, an accelerated action from different points of view. It allows to add a very aesthetic effect, which is very appreciated in the event industry for example or in the hotel and restaurant sector. The technique is also used to monitor construction sites or inspect works. As the camera must be in motion, professionals often use a drone. Firstly, because it can go further and higher. Secondly, because the image is perfectly stabilized and this saves time in post-production.