Find your drone pilot and cameraman in Fort-de-France for your drone filming in Martinique, French West Indies & Guiana

Here is the UAV operator representing our network of professional UAV pilots in Fort-de-France,

chief town of Martinique, counting more than 80,000 Foyalaises and Foyalais.

Madinina Flying Pixels has been working for many years in Martinique and the Carribean Islands, flying its drones and shooting with its cameras, filming and photographing the cities of the French West Indies and Guiana

Proof of this is their stuning portfolio of aerial images, photo, video and timelapses below, taken with their drones and cameras by a team of talented cameramen. 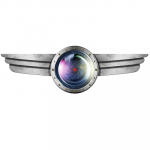 Drone footage and aerial photography for sale on the HOsiHO aerial stock images bank, The World from Above, with drone views of Fort-de-France that  reveals a quiet city bordered by heavenly beaches and small ports such as Grande Anse and Bellefontaine or Le Robert, between hills, banana and sugar cane plantations.

Fort-de-France and Martinique by drone it is also aerial views during the lockdown with empty beaches like Le Diamant or deserted streets in town.

Some aerial footage, photos, time-lapses taken by drone over Fort-de-France

Located on the western part of the island of Martinique, the city of Fort-de-France offers a magnificent view of the Caribbean Sea. It is the capital of the department and also the arrival point of all those who arrive on the island.

A city rich of its historical heritage

The city of Fort-de-France was named so because in the 17th century, there was a Royal Fort at this location. It is Fort Saint-Louis that can still be admired today. Positioned in the bay of Cul-de-Sac-Royal, the fort protected the French Navy ships anchored there. In the past, it was a military defence post against the English and Dutch armies. The town gradually developed around the fort and extended over the entire bay. It is the witness of the military history of France of which the fortified architecture of the famous architect Vauban remains. Today, Fort-de-France has become the economic and cultural center of Martinique. In 2017, there were 80,000 inhabitants there, but if we count the population of the bordering towns like Le Lamentin, there are then more than 165,000 inhabitants.

A breathtaking view of the Caribbean Sea

Fort-de-France is also the first point of arrival for tourists who come to discover the West Indies by plane or boat. The city, like a pearl in its green setting, offers an opening on the Caribbean Sea and you can see the relief of the other end of the bay at the level of the three islets. The streets of the city are pleasant to visit and one discovers there the architecture of the coloured Caribbean houses, the whole in a natural decoration raised and very flowered.

Discover the city and its treasures

When you arrive in the historic city center of Fort-de-France, you immediately want to go and admire the coastline and the bay from the Lafrançaise beach. Very quickly, we will go to Fort Saint-Louis, whose architecture is impressive. You will have a view of the port and especially the cruise ships. On the way back to the center of the old town, you will discover the Creole wooden houses (Pavillon Bougenot, Maison Saint-Cyr). Don't forget to visit the Saint-Louis cathedral and the Schœlcher library before discovering the surroundings. The garden of Balata for example is located on the heights of the city. There you can discover tropical plant species whose colors are impressive and you can also observe hummingbirds and anolis which are particularly familiar with the area. We will enjoy the colors of the market and we will discover a tasty and spicy local gastronomy. Finally, we will be lulled by the festive atmosphere of the Creole night.

« In my case, the drone activity is a complementary activity to that of core audiovisual production. Joining the HOsiHO network is for me a very effective way of having regular and very relevant contact with high-quality operators in mainland France, despite the geographical distance. It enables me to regularly exchange views on the various issues that arise in the UAV business (regulations, technical developments, tariffs, etc.).

It's important to be part of a high-performance professional network, which is what the HOsiHO network is all about. This allows me to always be at the highest level of quality of service in very demanding fields such as advertising or feature films. »

Request a quote from Madinina Flying Pixels in FWI

In addition to its aerial audio-visual expertise over Fort-de-France and French West Indies, both in drone photography and drone video,

Madinina Flying Pixels is highly specialized in the following services, thanks to the experience and skills it has acquired over the years: