Here is the UAV operator representing our network of professional UAV pilots in Chateauroux,

Prefecture city of the Indre department, with more than 60,000 inhabitants.

Dragonfly-production has been working for many years in and around Chateauroux, famous for its neo-Gothic Saint-André de Châteauroux church.

Proof of this is its portfolio of aerial images, photo, video and timelapses below, taken with their drones and cameras by the team's talented cameramen and pilots.

Drone footage and aerial photography for sale on the HOsiHO aerial stock images bank, The World from Above, with drone views ofthe Centre Val-de-Loire region.

Some aerial footage, photos, time-lapses taken by drone over Châteauroux and Indre,

Visit the city of Châteauroux

Located in the Indre region of France, the city of Châteauroux is one of the sites to visit, along with Tours, Orléans, Bourges and Blois.

The origins of the town of Châteauroux

It would be difficult to trace the origins of Châteauroux without mentioning Déols, located a few kilometres away. It was here that the first occupation of the area took place in Gallo-Roman times. The lord (Raoul le large) who occupied the place around the year 900 decided to leave his residence to build a fortress a few kilometres away, opposite the Saint Gildas Abbey on the banks of the Indre. From the 12th century onwards, this castle was called "Château Raoul" and it later gave its name to the town of Châteauroux.

Discover the most beautiful places in the city

As mentioned in the previous paragraph, Château Raoul is a beautiful stately home in an idyllic setting. It dates from the 10th century and can be visited. From the Gütersloh Bridge you can see the place from its best vantage point. Afterwards, take time to visit the neo-Gothic Saint-André de Châteauroux church, which dates from the end of the 19th century, and the Notre-Dame de Châteauroux church, in a style with Romanesque and Byzantine influences. As you walk through the streets of the town, you will discover witnesses of the medieval period, such as in the rue de la vieille prison or near the Porte Saint-Martin. Don't forget to visit the Hôtel Bertand museum, the garden of the former Cordeliers convent and the Balsan park.

The Châteauroux region is very pleasant to visit in good weather. You can enjoy outdoor activities as a couple, with your family or with friends. The Belle Isle site is the best known leisure centre in the area. You can choose between canoeing, windsurfing, pedal boats and paddle boats. You can also enjoy the beautiful landscape on the banks of the Indre. Don't hesitate to discover the surroundings of Châteauroux, a place full of history, or to take advantage of the natural setting in the heart of the Brenne regional nature park. Finally, don't leave your stay without tasting the regional gastronomy and the typical dishes of Berry. Don't forget to taste the products of the wine industry. Some appellations are very famous, such as Sancerre.

Request a quote from Dragonfly-production in Chateauroux and Indre

In addition to its aerial audio-visual expertise over Chateauroux and the Centre Val-de-Loire region, both in drone photography and drone video,

Dragonfly-production is highly specialized in the following services, thanks to the experience and skills it has acquired over the years: 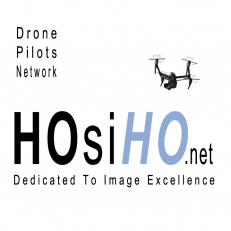