Hire your drone pilot and cameraman in Bordeaux for your drone filming in Gironde, south-west of France

Here is the UAV operator representing our network of professional UAV pilots in Bordeaux,

Prefecture city of the Gironde department, with more than 257,000 inhabitants.

SpiritProd33 has been working for many years in and around Bordeaux, in this fifth largest urban area in France. 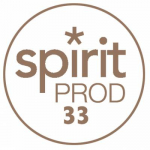 Drone footage and aerial photography for sale on the HOsiHO aerial stock images bank, The World from Above, with drone views of Aquitaine region and Bordeaux.

Some aerial footage, photos, time-lapses taken by drone over Aquitaine Region and Bordeaux, available for licensing, for all your audiovisual and publishing projects

Bordeaux, the metropolis of New Aquitaine

Former capital of Atlantic Gaul, the city of Bordeaux is still today of central importance in the development of the French territory. Prefecture of the Gironde department and capital of the New Aquitaine region, Bordeaux is at the center of the fifth largest urban area in France.
A city of history and heritage founded in the first century B.C., this metropolis owes its influence to its port on the Gironde River and to its rich wine region, which gives it an international reputation. Over the centuries, the ancient Burdigala has metamorphosed into a modern city that attracts a cosmopolitan population in search of an exceptional way of life.
Bordeaux, Port of the Moon
The "Bordeaux, Port of the Moon" sector takes its name from the name given since the Middle Ages to the port city located on the Gironde estuary. Today, it qualifies the vast perimeter of the city listed as a World Heritage Site by UNESCO. This 1800-hectare complex covers 40% of the town's surface area and includes the historic part of the town, more than 350 monuments, the facades of the buildings along the quays and the Garonne.
The complex includes the emblematic places of the city, such as the Place Royale and the Place de la Bourse, as well as the quays of the Saltworks, the Mint, Sainte-Croix, Richelieu, the Customs, Louis XVIII, the Chartrons and the Bacalan.

The monuments and tourist places not to be missed

As a major tourist destination, Bordeaux offers its visitors an incredible variety of monuments and places of interest. Reflecting the history of the city, they lead you to the encounter of a Gallo-Roman heritage, illustrate its apogee in the Age of Enlightenment and bear witness to its current dynamism.
During your visit to Bordeaux, discover the remains of the Palais Gallien, an amphitheater built on the outskirts of the city during the time of Emperor Gallien, but also in the wake of the medieval builders by taking the time to walk through the spans of the Saint-Seurin Basilica and its 11th century crypt, or those of the Saint-André Cathedral.
However, the capital of New Aquitaine is characterized by the richness of its classical heritage. You will appreciate the Place de la Bourse and its water mirror, the famous Grosse Cloche installed on one of the oldest belfries in France, the Grand Théâtre. To get a little higher and admire an exceptional panorama of the city and its region, climb to the top of the Porte Cailhau or the Pey-Berland Tower.
Leaving Bordeaux, take the crossroads to follow the wine route before heading north to La Rochelle  east to Poitiers, and south to the Basque Country and Toulouse.

Request a quote from SpiritProd33 in Bordeaux

In addition to its aerial audio-visual expertise over Bordeaux , and on the Atlantic coast, both in drone photography and drone video, 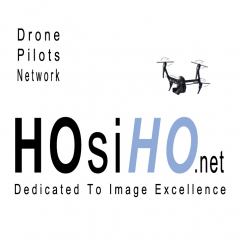