Here is the UAV operator representing our network of professional UAV pilots in Dunkerque,

prefecture city of the department of the North, counting more than 86,000 inhabitants.

Let's Fly Production has been working for many years in this region close to Belgium, flying its drones, filming and photographing the cities of the Hauts-de-France and the north part of France.

Drone footage and aerial photography for sale on the HOsiHO aerial stock images bank, The World from Above, with drone views of the City of Dunkerque during the 2020 lockdown.

Some aerial footage, photos, time-lapses taken by drone over  Dunkerque,

Visit the city of Dunkerque, city of Jean Bart

Famous in the world for its famous carnival, Dunkirk is also very rich in a beautiful architectural and cultural heritage. Located on the northern coastline in the Hauts-de-France region, facing the North Sea, the city has developed mainly around its port, which is now the third largest seaport in France.

Discover the history of the city

Throughout your walks in the city you will discover the places that made the history of the city. Founded in 800, the city is still a fishing village. It was during the 100 years war that the first fortifications were built. In the 15th century, the ancestor of the Dunkirk Carnival appeared, and it was also at this time that the Leughenaer tower was built, as well as the famous Belfry. In the 16th century, the construction of the church of Saint Eloi began, which is currently classified on the UNESCO heritage list. In the 18th century, Vauban extended new fortifications around the city and the port. In the 19th century, the magnificent town hall with its neo-Flemish style facade was built and is also on the UNESCO World Heritage list. Naval enthusiasts can visit the port museum and the Dunkirk 1940 museum.

Enjoy the festive atmosphere of Dunkirk

The city of Dunkirk is very lively and the atmosphere is very festive. Every year, the carnival takes place during the Mardi Gras period. Songs are sung in all the streets of the city, in front of the city hall or at the foot of the statue of Jean Bart located on the square of the same name. You will be impressed by the movement of the heckling. You may even see the Reuze family, the giants of Dunkirk. Every city in the north of France has its own giants. The rest of the year, you can also enjoy the festive atmosphere and the conviviality of the bars and restaurants of the city.

Take a breath of fresh air

After visiting the famous port, it's time to take a walk along the beach of Malo les bains to get some fresh air. You can practice many outdoor activities. Go to the Blockhaus mirror "reflect" and to the Fort des Dunes. Do not hesitate to extend your visit on the Opal Coast to enjoy the preserved natural environment. Take the opportunity to visit the beautiful cities of Hauts-de-France such as Lille  Arras or Saint-Omer. You will discover the beautiful architectural and cultural heritage of the region.

In addition to its aerial audio-visual expertise over Dunkerque and Northern France, both in drone photography and drone video,

Let's Fly Production is highly specialized in the following services, thanks to the experience and skills it has acquired over the years: 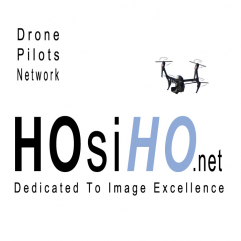