Find your drone pilot and cameramen in Reims

for your drone filming and aerial photography in Marne

Here is our drone operator representing the network of professional UAV pilots in Reims, sub-Prefecture city of the Marne french department, in the Champagne-Ardenne region, which has more than 180,000 inhabitants.

D Com Drone  has been flying its drones there for many years, and also flies over many monuments of the city of lights, on all occasions.

Check their impressive portfolio of aerial images, photo, video and timelapses below, taken with their drones and cameras by a team of talented cameramen.

Drone footage and aerial photography for sale on the HOsiHO aerial stock images bank, The World from Above, where it is possible to buy drone views of the famous Reims cathedral.

Some aerial footage, photos, time-lapses taken by drone over Reims, available for licensing, for all your audiovisual and publishing projects

Discover Reims, the city of the coronation

Reims is a city located in the Marne, in the region Grand Est. It is the 12th most populated city in France although its agglomeration is not very urbanized. Indeed, the sub-prefecture has kept its authenticity and its charm to offer the visitor an exceptional historical and cultural heritage only one hour and a half drive east of Paris.

The visit of the historical city center

The city of Reims is known as the city of coronation of all kings of France. Indeed, the Notre-Dame cathedral was the scene of the Baptism of Clovis I in the 5th century A.D., but also of the coronation of all the kings of France from Louis le Pieu in the 9th century to Charles 10 in 1825. However, the origins of Reims are much older, as they go back to Roman antiquity as evidenced by the remains of the Mars Gate which dates from the 3rd century. The city is full of historical and architectural treasures. Around the cathedral, the Palais du Tau (royal episcopal palace) leaned against the cathedral. It welcomed all the kings at the time of their coronations and it became a museum. The Saint-Rémi Museum is housed in the old abbey, whose architecture is also remarkable. The streets of the city have many other surprises in store for you, such as the Place Drouet d'Erlon, the Subé fountain, the Place Royale and also the Carnegie Library in the pure Art Deco style.

Reims is also known for its two beautiful parks with trees. The Pierre Schneiter park which contains an English garden and a French garden is a real horticultural park. There are rare species of trees. Then, the park of Champagne is also very pleasant to visit. If you have children, you will find sports grounds and a tree climbing area where they can have a good time.

Discover the surroundings of Reims

Reims is located in a territory that used to be called Champagne, which owes its name to the famous drink that has become one of the symbols of French luxury. Operators offer to visit the most famous estates. The region reveals a very beautiful countryside with a very nice vineyard. You can observe the architecture of the Champagne houses and you will come across houses of character such as the Villa Demoiselle for example. The amateurs of sweet gastronomy will say to you that it is impossible to pass by the famous cookie Rose become the window of the house Fossier.


List of ground and aerial audiovisual equipment available to the team

of our drone pilots, cameramen and photographers D Com Drone in Reims

Request a quote from D Com Drone on Reims and Marne

In addition to its aerial audio-visual expertise over Reims and Marne, both in drone photography and drone video,

D Com Drone is highly specialised in the following services, thanks to the experience and skills it has acquired over the years: 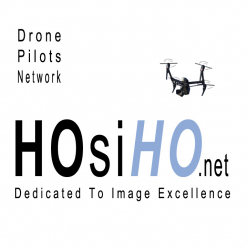