Find your drone pilot and cameraman in La Rochelle for your drone filming in Charente-Maritime, Atlantic Coast of France

Here is the UAV operator representing our network of professional UAV pilots in La Rochelle,

Prefecture city of the Charente-Maritime department, with more than 75,000 inhabitants.

L'Atelier du Ciel has been working for many years in and around La Rochelle, in this town on the Atlantic coast, known for being Beautiful and Rebellious! 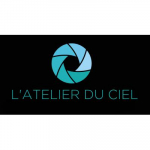 Drone footage and aerial photography for sale on the HOsiHO aerial stock images bank, The World from Above, with drone views of La Rochelle, establishing shot of the town from the ocean, its old streets, beaches, the famous Old Port, and also the islands around or the monuments with their well-preserved architecture.
La Rochelle seen by drone, the jewel city of Charente-Maritime, sublimated when view from the sky with a drone!

La Rochelle, the door of the ocean

Prefecture of the department of Charente-Maritime, La Rochelle is the fifth largest city in the New Aquitaine region. A leading port city since the 12th century, it benefits from a strategic position on the Atlantic coast, which shelters it from storms, and from a geographical location, between Nantes and Bordeaux, conducive to the development of an important commercial port.
Today, the thousand-year-old city perpetuates its maritime tradition with a first-rate marina and numerous activities turned towards the sea. Its rich heritage makes La Rochelle a popular tourist attraction and a sought-after destination to spend a weekend.

The emblematic place of La Rochelle is undoubtedly the Old Port. Its medieval towers Saint-Nicolas, de la Chaîne and de la Lanterne are true icons of the city. The heavy chain pulled over the water between the first two made it possible to secure the port from outside intrusion attempts.
The merchant city was protected from the port area by imposing ramparts, of which the door of the Big Clock is one of the rare vestiges.

A rich medieval and Renaissance heritage

To visit La Rochelle is to discover an exceptional historical and urban heritage of the Middle Ages, the Renaissance and the Classical period. Exploring the old town allows you to appreciate the charm of its arcaded streets, as well as the Renaissance architecture of the Town Hall and the Henri II house. As you continue your journey, you will be able to appreciate the pure classical 18th century style of the Hôtel de la Bourse.
The city is also known for more contemporary places, such as its Aquarium, its World War II bunker or its 19th century style downtown market.

A city in the heart of an exceptional area

La Rochelle is protected to the west by the islands of Oléron, Ré and Aix which form a palisade to the storms. High points of tourism in the region, these three islands offer rich and varied natural environments, typical island lifestyles and a protected heritage.
You will also find near the port city other major tourist destinations, such as Royan, the Zoo de la Palmyre, Saintes, Fort Boyard, the Regulus caves or Rochefort which houses the royal military arsenal built by Louis XIV under the impetus of Colbert.
For an escape in contact with nature, go to the Poitevin marshland to explore its canals by boat or canoe and its banks on foot, bicycle or horseback.

«  I have been a member of the network for three years and I was invited by the HOsiHO stock footage agency who proposed me to represent the french drone network in La Rochelle and on the Atlantic coast in view of my extensive portfolio on that region. I immediately accepted because I also considered it an opportunity to work alongside people who are theoretically placed in the "camp" of the competitors but who, through the principle of our network, become allies.

In fact, HOsiHO is an ideal group to share information, experiences, and to access untouchable tools in solo mode. It's also a group of people who are passionate about images and whose common goal is the creation of pictures.. »

Request a quote from L'Atelier du Ciel in La Rochelle

In addition to its aerial audio-visual expertise over La Rochelle, and on the Atlantic coast, both in drone photography and drone video,