Overview of the DJI Inspire 2 drone 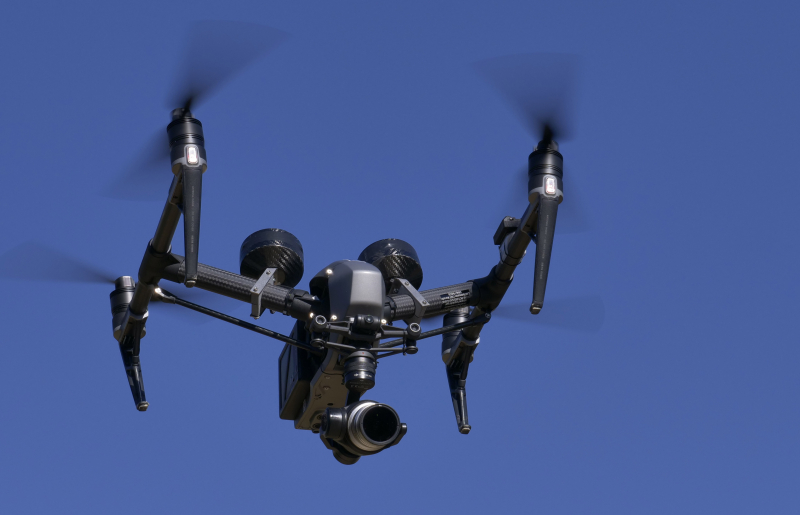 Since 2014, the Chinese manufacturer DJI had already established itself as the world leader in professional drones with its Phantom 3 & 4 models and especially with its first Inspire 1, which succeeded the S800, S900 and S1000 capable of carrying GH4 type photo/video boxes on heavy Zenmuse pods. But at the beginning of 2017, DJI will once again make its mark by releasing the Inspire 2, a model that is even more promising because it incorporates considerable advances in terms of flight reliability and image quality. Let's see why.

DJI dominates the professional AV market with the Inspire 2

DJI was founded in China by Frank Wang, a robotics genius, renowned for winning the third prize at the ABU Robocon. Very quickly, the company established itself on the audiovisual drone market (photos and videos) with the famous Phantom models (1 to 4). Today, the Phantom 4 pro is still one of the best references on the market for single-operator drones (a pilot without a cameraman). But the arrival of the Inspire 1 and then the Inspire 2 have completely changed the game for professional drone pilots, first by making it easy to implement a dual-operator drone (a pilot and a cameraman). Then by offering professional codecs, interchangeable lenses on a three-axis nacelle, and especially a simple approval for flights in cities (DGAC S3 scenario requiring the addition of optional parachutes, for France).

Thanks to its CineCore image processing system, the Inspire 2 is capable of capturing images in 6K resolution (with the X7 camera). It can be equipped with a choice of Zenmuse X5s (m4/3 senso)r or X7 (Super35mm sensor).

In addition, it is equipped with another FPV camera, because this allows the professional drone pilot to view any obstacles while simultaneously recording images taken by the onboard camera. Moreover, we note that it is possible to pilot the Inspire 2 with four hands during a drone service such as vehicle tracking on road, circuit or sea. The pilot will control the trajectory of the aircraft, while the video cameraman can focus solely on the image, which is a real advance. The video transmission is done in a radius of 3.5 km. The camera has a system that allows it to make a double recording on microSD and SSD in 5.2K 30p and 4K 60p in CineDNG (Raw) or ProRes codecs. The camera is perfectly stabilized which allows to offer an irreproachable rendering even by high wind and at high speed, this even with long focal lengths (75 or 90mm), which was impossible before.

The Inspire 2 is a drone for professional use. Its central structure is composed of a magnesium / aluminum composite and its four arms are carbon fiber. It is therefore quite light considering its technical capabilities, and offers optimal maneuverability. The Inspire 2, like the Phantom 4, has sensors that allow it to avoid obstacles. The aircraft also has a flight assistance as well as many intelligent flight modes like Active Track.

Thanks to its innovative dual battery system, the Inspire 2 is safer than the Inspire 1 because in case of failure of a battery, the second will avoid the fall pure and simple and allow the return to the ground without hindrance. This innovation has also allowed to increase the autonomy in flight. Indeed, this one can fly until 27 minutes. We will also note as improvements made by the manufacturer that it has a heated battery system. This allows the professional drone pilot to fly it with temperatures down to -20°C. Its maximum speed has also been improved since the drone can fly at nearly 75km/h.

Another element to highlight with the Inspire 2 is its particularly well worked design. We must admit that DJI is used to taking care of the aesthetics of its drones. For this, its design is radically different from the Phantom range.

In summary, the Inspire 2 is above all a drone for professional video use. If its price remains high (about 3000 euros for the drone alone without batteries or accessories, cameras or parachutes), we must admit that the technologies it embeds are worth it rather well. We will appreciate in particular the possibility of handling it in binomial pilot/cameraman with an HD return of the image on each of the two monitors. This is a feature that has become indispensable in the audiovisual field today. Its performance in flight is also remarkable, both in terms of image quality and the piloting experience. DJI has succeeded in its bet and the proof is that 5 years have passed without the manufacturer releasing a successor to this fantastic machine!

Among the positive points that we have noted:

If we were to find some disadvantages, we could reproach it with some difficulties at takeoff (initialization, compass calibration) which are largely compensated by the experience of the pilot and possibly by its weight and size, at the time of the new Mavic 3, which do not have the same possibilities. It is thus a device resolutely turned towards the professionals of the audio-visual or cinema, and which should probably see in 2022 a new model type Inspire 3, to take the leadership in the sector of the artistic creation by drone! 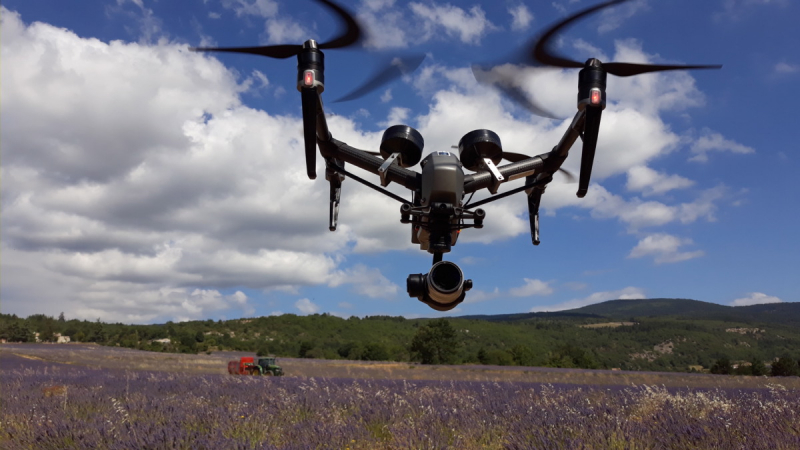