a film by Nils Tavernier

with Jacques Gamblin and Laetitia Casta

Wenesday, January 16, 2019 is the national release date of the feature film "The Incredible History of Facteur Cheval" which includes some aerial footage shot by the drone of two members of the HOsiHO Drone Network. More on this prestigious contribution to French cinema.

In September 2017, the UAV operator Marseille, Drone-Pictures, is contacted by the production company Fechner who was looking for a drone pilot for shooting the aerial footage imagined by director Nils Tavernier.
It was mainly about filming the main actor Jacques Gamblin floating adrift on the river Cèze, in Gard.
The production manager wanted to be reassured first of all about the skills of the drone operator, which had been recommended to her.
Sami Sarkis was quick to reassure her about her experience of fiction filming.
Without being the main activity of the company, Sami was able to quote some beautiful references Cinema / Fiction, because with this film, Drone-Pictures signs there his second participation in a drone filming for the cinema (which had begun with the film "Père, Fils, Thérapie"  produced by Icognita films), and its fourth drone service for French fiction, with the "Vallée des Mensonges",  a TV movie for France 3 shot during the summer of 2013 in Provence.

Then come the technical questions of the chief operator when the camera used, the focal lengths, the sensor and the desired output video format.

The production wanted to match the drone images with those from their camera on the ground, an Arri Alexa: it was therefore agreed to use the Inspire 2 drone with the excellent stabilized camera X5S equipped with an M4/3 sensor with the Zuiko Prime lens 25mm (equivalent to 50mm).
The video format chosen was as neutral as possible, CinemaDng, recorded on SSD disks embedded on the aircraft. The color profile used is the D-Log to give the staller the maximum margin in post-production. 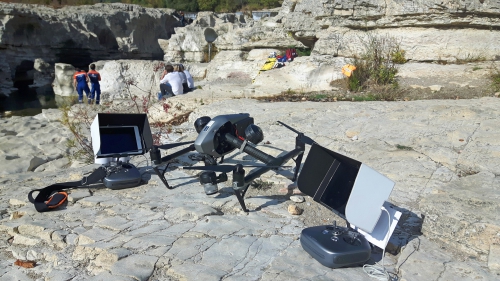 Drone Inspire 2 et ses 2 radiocommandes sur les rives de la Cèze - Roque sur Cèze
The features of this camera reassured film professionals and found them sufficient for the film's need, even though they know that putting an Alexa-Mini or a Red Weapon under a drone would have been ideal technically, but far budget possibilities of the said production.
The versatility of the drone, ie its lightness, its autonomy and its ease of implementation, amply compensates for the technical differences of the cameras. Especially since the advent of X7 cameras, adaptable on the Inspire 2 drones, which retain their serial homologation in S3 scenario, while offering a Super35mm â€‹â€‹sensor and an exposure attitude approaching that of cinema cameras. (ie 14 stops.). 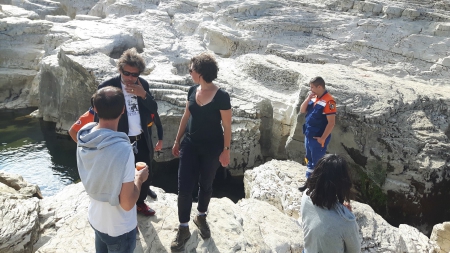 Because we do not deceive, under relaxed and friendly surroundings, film or fiction filming are of a very high tension for the image makers and actors. Imagine 40 people mobilized for the shooting of a scene of a few seconds. The schedule gives you two takes, not one more. The right to make mistakes is very limited.
We brief you in the morning on your arrival, then we ask you to wait your turn. It can take hours. Then suddenly, the director needs a drone plan.
Everything must be ready in a few minutes.
It is here that the professionalism, the skills and the talent of the pilot / cameraman will make the difference.
When Nils Tavernier asked us, for example,  to take the shot of the "topshot" plan below, where we see Jacques Gamblim drifting on the water, it was not a question of approximation. 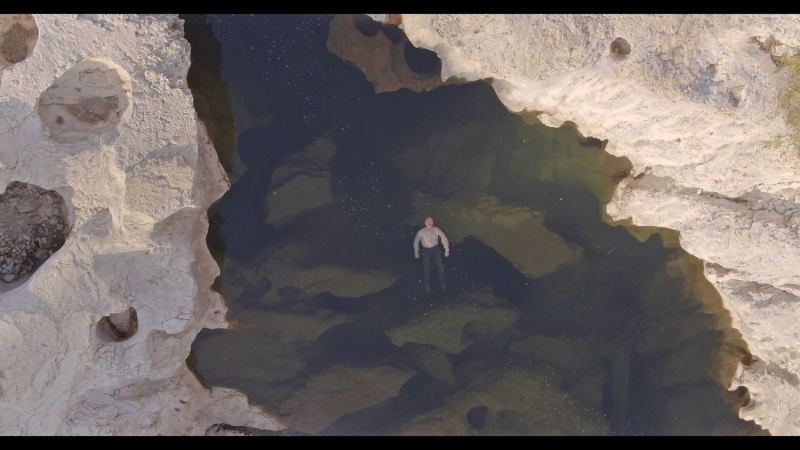 The author had a very precise idea of his plan, and the role of the drone team was to serve him on a set. In two shots of a few minutes, with a player floating on the water, supervised by firefighters who supervise the smooth running of the scene.

Tensions or not, the smile on the delighted face of Nils Tavernier was the satisfaction of Paul and Sami who understood that the artist had in box the sequence which he needed.
Our two members are proud to have very modestly been able to bring their expertise to this magnificent film which traces the destiny of a man out of the ordinary.
Finally, the HOsiHO network, through its drone pilots who are always on the move, can pride itself on counting a few additional skills and machines to meet all the budgets and needs of audiovisual and cinematographic production. For example, two M600 hexacopters are also available at  Ilara Drone et Lets Fly Production.
In conclusion, the members of the network truely love working for the cinema industry, and as their creativity and their enthusiasm is matched only your requirement! 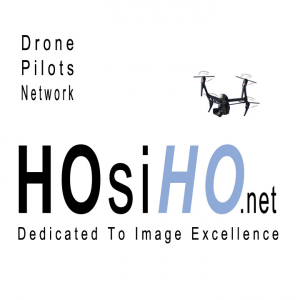