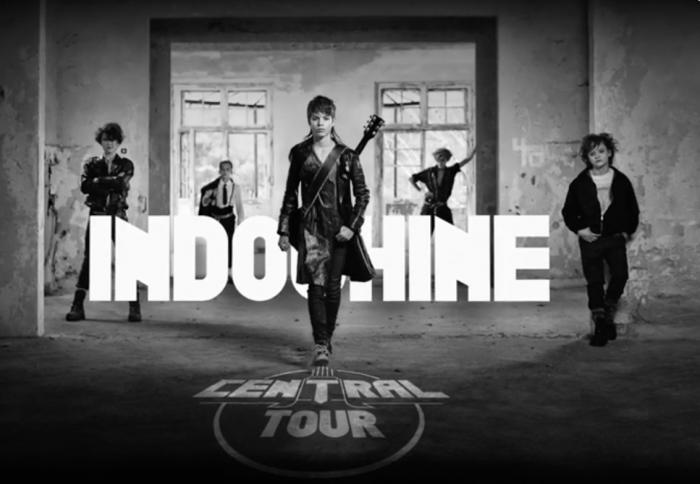 Four drone operators of the HOsiHO Drone Network were called upon to shoot all the aerial videos by drone of each of the promotional clips of the 2021 tour of the Indochine band!

We tell you everything: why, where, when and how! 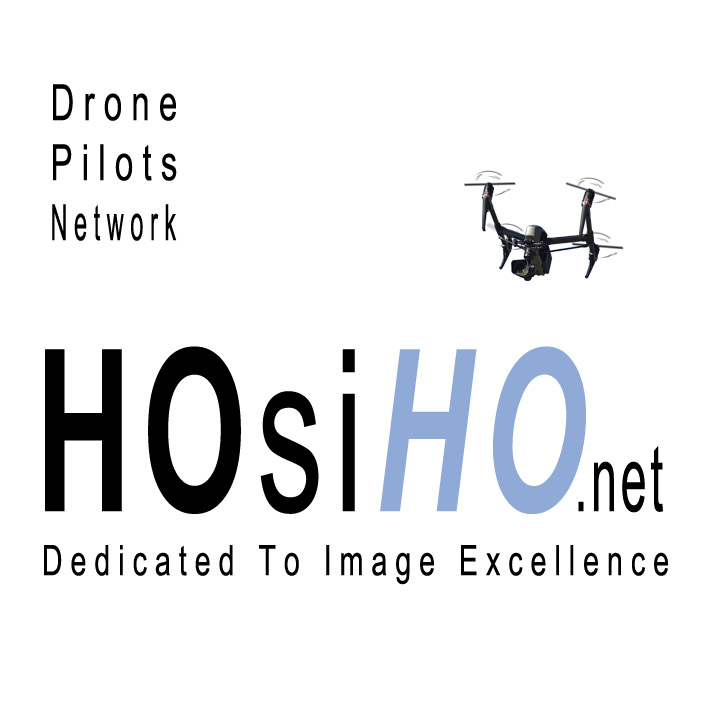 Indochine, the famous french band, you know it, don't you?

It's been 40 years since the adventure began. An anniversary that the singer of the group Nicola Sirkis and his acolytes wanted to celebrate at all costs. And they had a great time. 5 concerts in 5 legendary soccer stadiums: the Matmut Atlantique in Bordeaux, the Orange Vélodrôme in Marseille, the Groupama Stadium in Lyon-Décines, the Stade Pierre Mauroy stadium in Lille and finally, the Stade de France, Paris-Saint-Denis.

Fans are exulting, and there's reason to be.

A mythical tour with an equally symbolic name: the Central Tour, in reference to the stage placed in the center of the stadiums and where the group will be visible to all, a bit like the U2 tour with their 360° Tour, that is to say!

But before tickets went on sale for these anniversary concerts, they had to be promoted, and one of the ways Indochine went about it was to have the Bloom agency produce video clips announcing the event city by city. The specifications were simple: everything had to be shot by drone, at night, in each of the 5 french cities!

By drone? At night? In front of the stadiums and in the center of the cities? "And in ProRes D-log, please!"

For those who know a little bit about the world of drone and video, its constraints and regulations, this is an interesting challenge for any experienced professional. Especially if we add a few logistical difficulties, with a shooting to be carried out in 7 days in 5 cities and with less than a month to coordinate and organize it, all in a context of global pandemic and unprecedented health crisis!

Thus, on a beautiful day at the end of May 2020, just after the release of the first containment, our member representing the network in Lille and in the Hauts-de-France, Anthony Brzeski for Lets Fly Production  receives a call from the production company which explains to him the ins and outs of the project.

Immediately, Anthony is enthusiastic and sees the logistical, technical, artistic and regulatory solutions.

He also immediately thinks of using his fellow telepilots from the HOsiHO Drone Network, whose experience and knowledge of the terrain in each target city will be a major asset.

This project, like others, must take into account the limits imposed by law on the possibilities of flying over cities, stadiums (all of which are classified as sensitive overflight zones) and, on top of that, at night, which implies the submission of an additional specific, motivated and perfectly documented request, at least 30 days in advance, if the altitude of the drone flight exceeds 50 meters. This was the case for the drone shots of each of the five stages.

Let's let Anthony Brzeski speak, who knew how to bounce back so well, from the first contact, by proposing solutions that the producer hadn't even considered.
I was contacted at the end of May 2020 by the production assistant of the Bloom agency, who was then beginning the search for a drone pilot for the first shooting in Lille in connection with the Indochine tour. Her need was to be able to film in the heart of Lille and near the big stadium to illustrate the passage of Indochine for their anniversary tour in 2021. She found me via my website when she was looking in Lille for an operator with the Inspire 2. The technical need being a night shoot in 4K with different focal lengths to film in ProRes. For VFX post-production needs, a cube would be placed on the ground and should remain visible at all times during shooting.

And that's when Anthony understands that there are 4 other cities/stages : I quickly understood that there would be other cities to film. So I proposed to the production to take advantage of the network to have a pilot in each city with similar equipment for a controlled rate from the beginning while I kept the hand on the follow-up of the administrative steps through the network. This simplified their work and brought more flexibility than having a pilot who follows the shooting several days with them around France, knowing that last minute changes or weather hazards could lengthen the shooting period. We were too short to start on the date initially desired (about 1 week later) because of the night flights. But the production was flexible (for once) and was able to postpone all the filming from one month to the beginning of July 2020.

How did you react to the idea of shooting for and with Nicola Sirkis, the singer from Indochine?
I was very excited to shoot these images for such an emblematic band, even more so when I realized that the drone images would be 100% of the images of each teaser!


Why did you choose to call on colleagues from the network for Lyon, Marseille and Bordeaux?
Shooting in each city was to take place over a week. This implied either that I would follow the production every day or that a pilot in each city would join them. In order to gain flexibility and benefit from the experience of each pilot who knows the specificities of his city, it seemed smarter to me to entrust the network with filming in each corner of France. This also offered the customer the flexibility to respond to unforeseen events without having to change the hotels/trains of a driver who would follow them during the week. 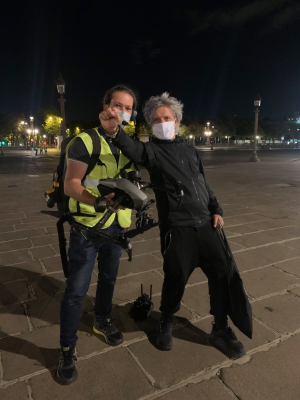 How did the shooting take place in Paris at Place de la Concorde in the middle of the night and in the presence of Nicola Sirkis?

The shooting in Place de la Concorde took place more than a month after the other 4 cities. Obviously it was the biggest challenge of these shootings because the need was clear from the beginning "to make a flight in orbit around the obelisk"!  It was necessary to build a solid case in the prefecture and to set up a (very) large device with, on D-day, a small score of blockers to allow filming in optimal safety conditions and thus completely cut off all foot and car traffic on the square during the flights.


Overall, what did you get out of this major experience? Are the client and the group satisfied? Is the use of the network appropriate in these situations?
Finally, I learned a lot from this project. First of all, you should always ask the producer about his experience with drone shoots. Because this has a huge impact on the communication to be set up with them afterwards. Knowing how to explain and justify the need for ground assistance for night flights, for example. On a completely different note, it also allowed me to know that cities cut the lights at midnight! And that surprised us in Lille at the first shooting! Each city had its share of surprises, problems and improvisation. But in the end, we came back for each city with images that satisfied the production and especially the group. Moreover the tickets sold out in a few days (hours for some cities), and all this is thanks to us :-)

All the concerts are sold out, some dates have even been added due to demand, but do you think they will have a chance to take place given the persistence of the covid-19 crisis?
Given all the energy we put into making these shoots, I would be disappointed if the concerts didn't take place. However, I am realistic and I think that the sanitary context is not ideal to realize these concerts and especially to take advantage of them as it should be. As much for the band as for their audience, a postponement would perhaps be appropriate, in order to live this anniversary tour as it should be!
Thank you Anthony for the trust he showed to his dronist colleagues of the network, and delighted that the reactivity, reliability and quality of the images rendered have once again demonstrated the strength of our drone network like no other!

Thanks also to the audiovisual production company Bloom for hiring our drone pilots, and let's keep our fingers crossed so that the concerts will take place on the scheduled dates!


Some pictures of the shooting.
There are few of them because the pilots were at first very concentrated on the mission to be accomplished. 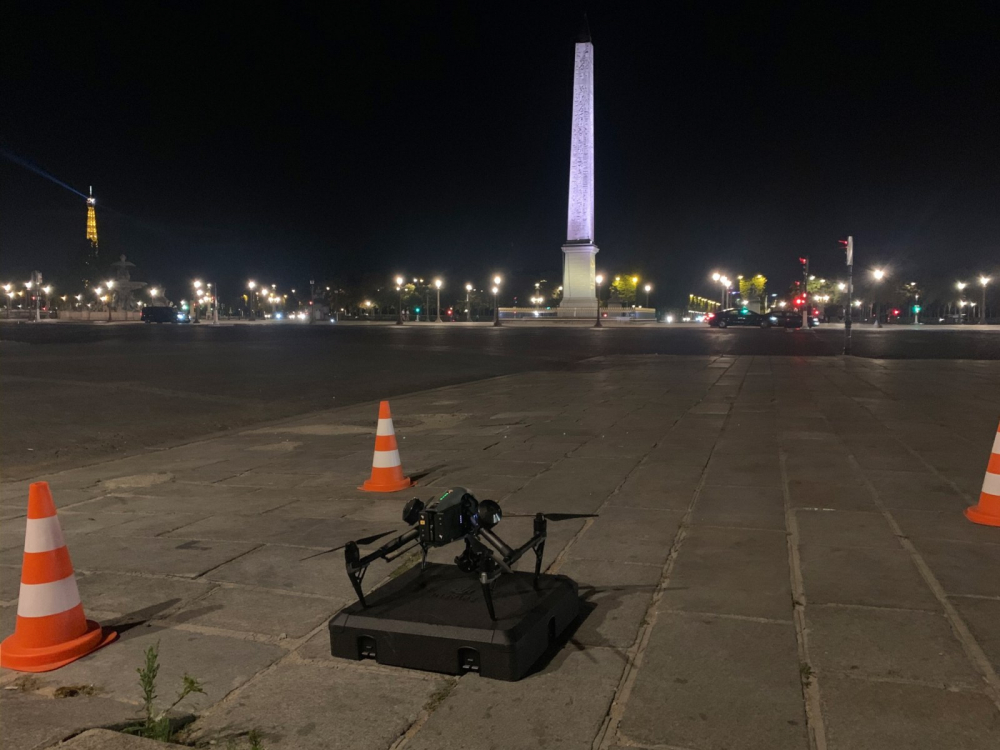 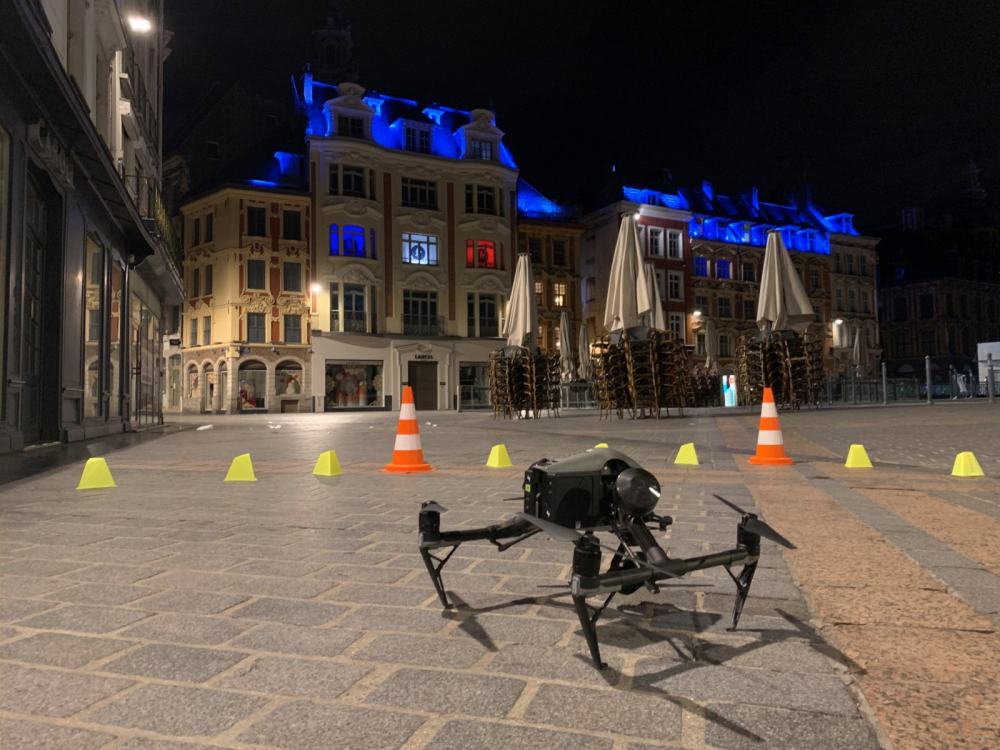 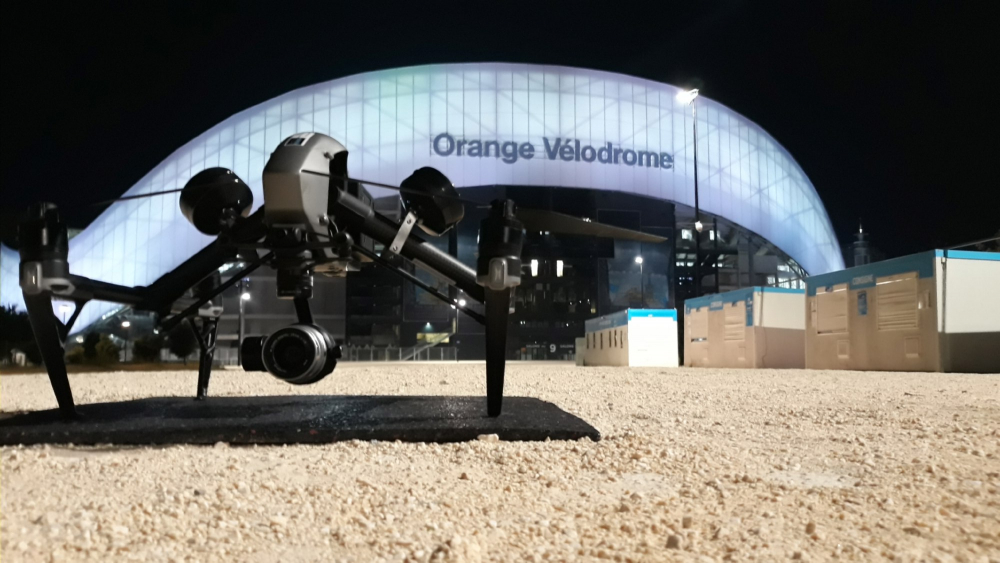