Sometimes the drone is not the best solution for close-up aerial shots or, more precisely, we, at  DCOMDRONE may not be able to use a multirotor drone. In this case, we have recourse to a telescopic which offers us a relevant alternative for the realization of photos and video which require to take a little height. 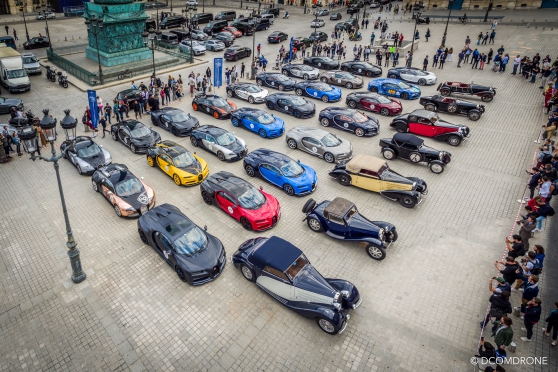 Why the drone isn't always suitable?

In 5 years of operation, on several occasions, we have been unable to use a drone. The problem was either drone rules or technical issues. The use of a drone by a professional is subject to a set of rules in France, which can result in constraints leading-up to the impossibility of performing a service by drone.

Basically, what does drone regulation say?

What are the technical limits of the drone?

Wind, rain, electromagnetic disturbances are all flight conditions that represent obstacles to the use of a drone. The limit can also come from its autonomy. Unless you are considering a permanent supply of electricity via an electric cable, the on-board battery will offer a flight time of around 20 minutes at best. Faced with one or more of these constraints, we may have to choose a means other than the drone to have a view from a height. 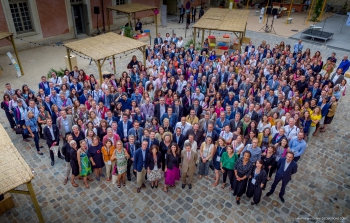 We had made our arrangements to take this group photo by drone but the change of location at the last minute, the short shooting time, the imminent downpour and the need for a point of view at 10m, we led to retain the use of the telescopic mast that we had taken the precaution to carry. The establishment of the group and the shooting took place in 3 minutes flat to the great satisfaction of the agency "Voyez-vous" and its client the French Institute and the many people invited to the AIF2019 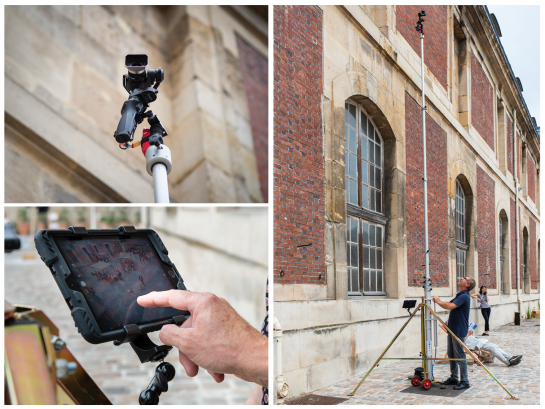 You can imagine that airports are part of the complex areas for organizing and implementing video shooting by drone. Roissy Charles De Gaulle requires 4 weeks to process a request for a drone overview of its airport facilities. Without this delay, it is purely and simply the prohibition of overflight by a drone. 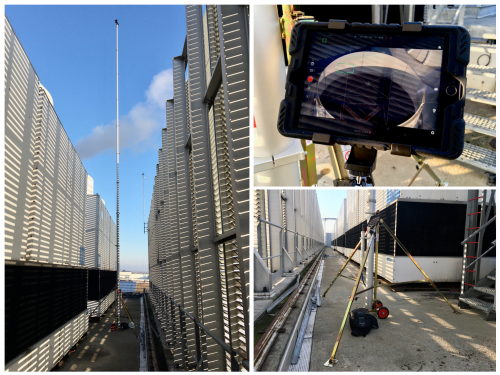 Having only one week to schedule the filming of a film on the cooling towers located between tracks 26 and 27, we therefore deployed the telescopic mast. So we were able to film 12m above the cooling towers. The settings and framing of the 4k camera stabilized on 3 axes are made, from the ground, from the tablet. 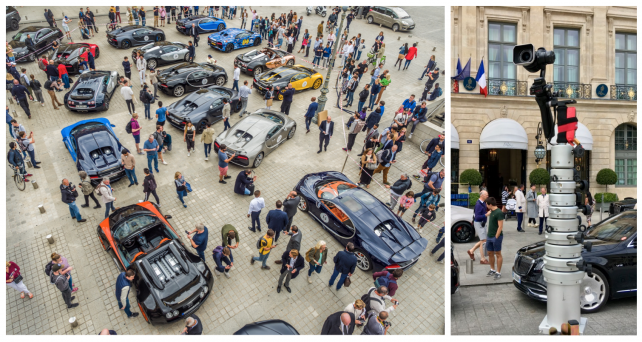 Again, it is both the time too short to file the request for authorization to fly over drone Place Vendôme in Paris and also the proximity of the public who led us to choose the telescopic mast solution to take a photo of group a little special on the occasion of the Paris stage of the rally The Grand Tour Bugatti 2019. At the top of the mast, our sensor allows the realization of photos as of video shots. We have several objectives to adapt the focal to the subject that we have to frame. 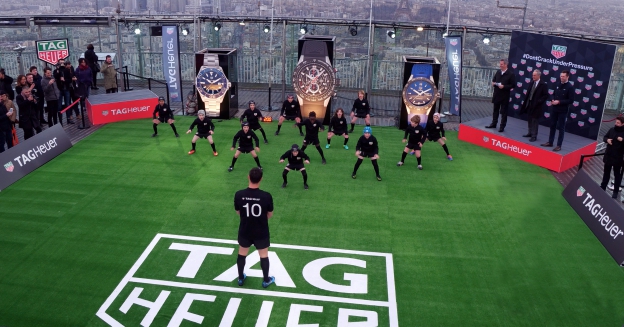 In the latter case, it was also strict compliance with the regulations applicable to drones that led us to thwart the initial request. A production company asked us to carry out drone plans from the top of the Montparnasse Tower in Paris. It was a great project ... but totally unrealistic!

The telescopic mast saved us from leaving our customer without a solution. Again, we had our plan B to be up to par!