This video brings together some shots from a night shooting made by drone on a bridge demolition site.

I have recently heard from a pseudo specialist in French regulations applicable to drones that it was forbidden to fly a drone at night. Since this statement was categorically stated with no exceptions, I found it useful to take stock of a more nuanced reality. As we have just taken video shots by drone on a demolition site in the middle of the night and without the moon, I will explain here why our service was legal, how did we proceed, what steps did we take, what documents did we have to fill-up, and what are the risks of a drone mission at night, and on which specific points should we pay attention to carry out this type of assignements, in order to take photos or night aerial videos by UAV in France, being completely safe.

DCOMDRONE and the other members of the French professional drone operator network, labeled HOsiHO Drone Network, are at your service to perform a night aerial photography mission by drone. (search and find the nearest drone pilot in France)

Can a drone fly at night ?

The 3 operating regimes of a drone which set the applicable regulatory framework:

What is a Special Activity in general aviation?

The specific activities define the use of an aircraft for specific missions, essentially professional, which require specific know-how (as well as procedures often linked to safety) which are not learned and validated within the framework current steering. For example, the airplane pilot who pulls a banner, the one who drops paratroopers, the one who pilots as part of a photo or video shooting mission, or the helicopter pilot who performs the transport of loads under sling operates within the framework of a particular activity. Drone operations have therefore been added quite naturally to this non-exhaustive list, since drones are considered to be aircraft ... which circulate without anyone on board.

An aircraft is a device capable of lifting and moving in the air such as an airplane, a glider, an ultralight, a helicopter, a hot air balloon, ... and now a drone.

In practice, and to simplify my point, we will retain two use cases:

LEISURE. That is to say the use of a drone in a personal and recreational setting which by definition excludes a professional or utility context (even without remuneration).

PROFESSIONAL ACTIVITY. This is the case of DCOMDRONE 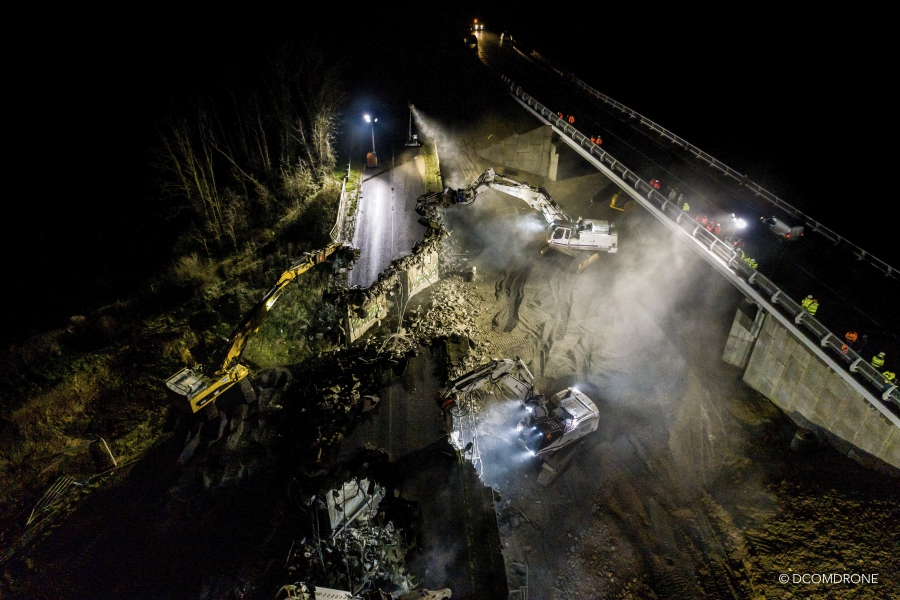 Is flying a drone at night prohibited? We can now respond "in an informed manner".

YES. A drone should not be used at night. This restriction applies to leisure and professional uses. Drones can only be used during the day, i.e. from the start of dawn until the end of dusk. In practice, in mainland France, theft is possible from 30 minutes before sunrise and up to 30 minutes after sunset. Sun schedules

Except that the regulations have fortunately taken into account the possibility of derogations granted in the context of professional use. This is the reason why I spoke in the introduction of nuanced reality.

The drone operator can therefore respond favorably to a request for the provision of night-time drone shots.

We also sometimes carry out missions to capture urban road traffic which leads us to operate on critical time slots which, especially in winter, are too early in the morning to be daytime or well beyond sunset. The same will apply to producing spectacular photo or video shots of a fireworks display or a night show. 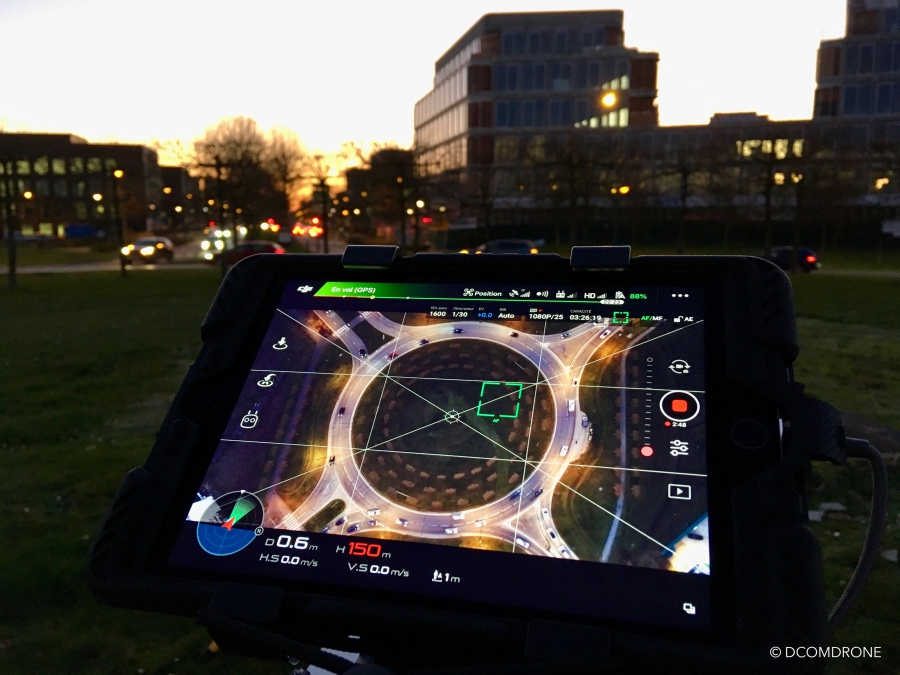 For our last night drone service, and as every time, we first congratulated ourselves that this order arrived early enough to take the necessary steps, on time.

How to obtain an exemption from the ban on flying a drone during the aeronautical night?

In addition to the usual procedures, we have made a request for exemption from the competent prefecture. For this we have filled in a specific document and sent it 30 days before the first flight date. At this stage, the peculiarity of a night flight lies in the arrangements to be made for lighting the site and the take-off and landing area as well as the lighting device of the drone which will allow the conditions to be preserved. flight in sight which remains an imperative.

There is a special case which for once simplifies the process. This is the case for a flight near an aerodrome or in controlled or regulated airspace. These areas are by definition under the control of a manager who can lift a flight ban and therefore allow the performance of a service by night drone. This is for example the case of the P23 area established above the city of Paris (P for prohibited), a prohibited area of â€‹â€‹overflight, day or night, in which we have the opportunity to frequently carry out photo reports or video by drone with the agreement of the Paris police headquarters.

After 3 weeks, we received a positive opinion from the prefecture in the form of a prefectural order authorizing our night aerial photography by drone. This decree was established after the favorable opinion of the territorial defense service and the civil aviation security directorate.

What are the risks of flying a drone at night?

The risks, which are added to those known in the context of the remote control of a drone carried out during the day, essentially relate to the environment. Especially in the case of a perfectly dark moonless night, the telepilot will have great difficulty in visualizing the obstacles that can represent vegetation, buildings, power lines and their pylons, antennas of all kinds or other obstacles near the overflown area. Faced with these flight conditions, the first imperative is to be on site well before the night so as to visualize, observe and above all memorize the surrounding environment.

In order to guarantee the flight conditions in sight, the drone has lighting allowing the Uav french pilot to see it constantly, but it is often impossible to distinguish an obstacle near the drone if it is not lit. By dint of observing the drone in the dark night, the pupil expands and therefore the observation conditions improve but each time the remote pilot will look at his control screen to know the telemetry information such as the distance, flight height, speed, drone orientation and flight range, its pupil will retract to adapt to the light of the screen, plunging it again into dark as soon as it raises the head towards the drone.

It is therefore imperative to perfectly identify and keep in mind the limits of the area overflown and of course to respect them at the risk of striking an obstacle, interrupting the service, having to assume the financial consequences and finally, leaving a bad memory of your benefit.

At DCOMDRONE, our professional response is to recommend the implementation of a pair made up of a remote pilot and a cameraman in order to distance the risk-taking inherent in the flight conditions described above as far as possible. This configuration will also offer more possibilities for producing complex and spectacular plans.

All drones dedicated to photo or video are not suitable for night shots.

The characteristics and in particular the sensitivity of the on-board photo and video sensors condition the quality of the images produced. So not all drones are recommended for this type of service. Our preference is for the DJI Inspire2 equipped with an interchangeable lens sensor which will allow us to choose a light optic better suited to low light conditions.