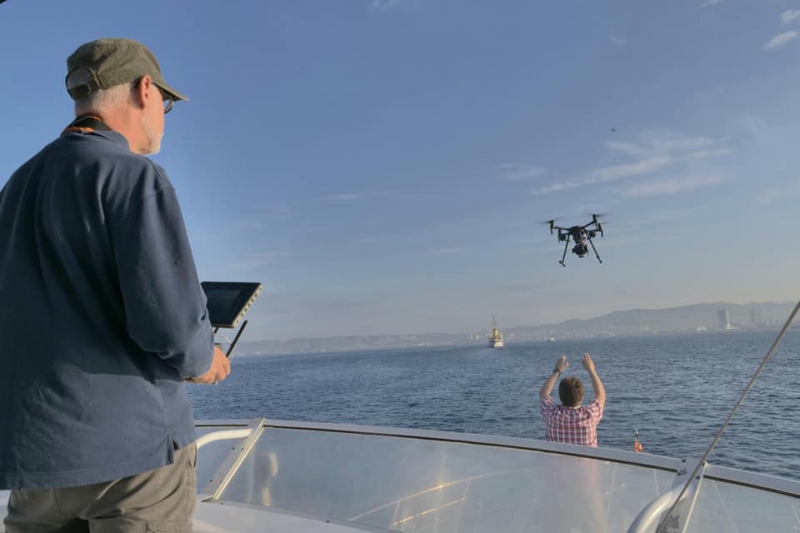 The European project SCIPPER* and its objectives

The SCIPPER project has received funding from the European Union's Horizon 2020 research and innovation program*. It brings together 18 scientific partners from 9 countries.

SCIPPER are the initials of :

Shipping Contributions to Inland Pollutions - Push for the Enforcement of Regulations

This project echoes the new IMO (International Maritime Organization) regulation that will come into effect on January 1, 2020, and that will lower the permissible sulfur content (SOx) cap on the fuels of all merchant ships.

To achieve this, ship owners will have to switch from heavy fuel oil (cheaper) to light fuel such as diesel, or LNG (liquefied natural gas). 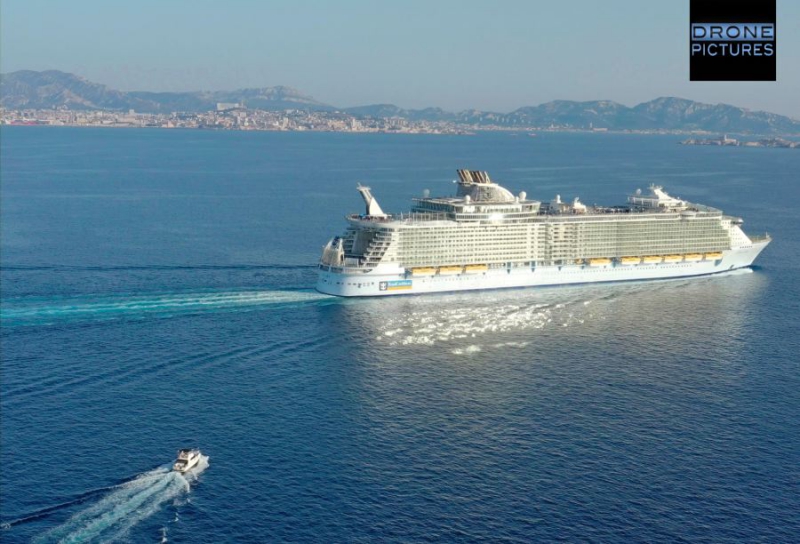 This context creates, for the authorities, requirements to monitor ships' compliance with sulfur regulations, whether in port areas or on the high seas. This is the reason for the SCIPPER project that conducts measurements of ship emissions using on- board sensors, sniffers, remote optical techniques, aerial drone systems, and even satellite systems.

With the collected datas, the scientific teams are developing a modeling of the dispersion and chemistry of ship plumes in cities.

• Demonstrate the performance and capacity of different marine emissions monitoring techniques. Application of the regulations.
• Evaluate the impacts of shipping emissions on air quality under different enforcement scenarios.

To achieve this, the SCIPPER project is conducting five campaigns in 2019 and 2020:

C1: Marseille (France) - Sept. 2019: Remote monitoring of concentrations of sulfur in the plumes of ships before the regulatory change (1/01/2020) and comparisons reference analyzers with systems carried by drones

ship's plume after the application of the global standards for sulfur, use of sniffers, sensor detectors embedded by drones

How did the Drone-Pictures company get involved in this measurement campaign in Marseille?

At first, we were not pre-disposed for this scientific and technical mission.

Our experience is above all that of filmmakers and aerial photographers who loves the creative potential offered by drones, since almost a decade.

So, when one of the SCIPPER project partners, the Finnish company AEROMON Oy, inventor and manufacturer of drone-based measurement modules, contacted us - through the HOsiHO Drone Network - to find out if we had the means to carry in the air their analysis device BH-12, we were surprised, a little lost, but honored, all at once !

But even before we knew 'how we were going to do it', we knew that given the environmental issues that preoccupy us, we 'wanted to do it'. To participate in an ecological action, even very modestly. 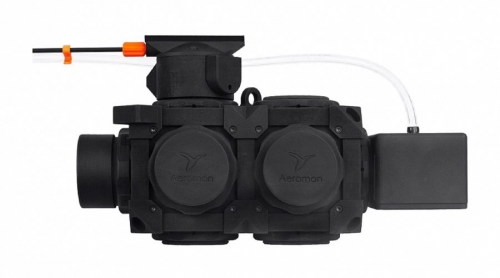 The specifications were 'simple' : to be able to fly, at sea and in the enclosure of the port, in the plume of cruising ships, with the BH-12 device boarded on the drone, which is as big as a shoe box (180x200x180mm) and weighing 1.2 kilos. Flights need to last a minimum of 10 minutes, even by winds of 30 / 40kmh, in order to follow boats passing through Marseille and Fos-sur-Mer.

It only remained to find-out how to get there !

We had 3 months, which was a comfortable time for research, tests, adjustments and the funding decisions to take.

So we needed a drone able to lift this mass and volume, with a comfortable autonomy, and remaining light enough to be approved for flights in urban areas (Dgac scenario S3), because not only we had to follow the boats at sea but also in the port of Joliette (ZAR617), which is considered precisely as an urban area by French Civil Aviation, and must be subject to a prior notification to Prefecture.

In addition, the machine had to be relatively compact to take the least space on a small yatch of about 10 / 12m or more. 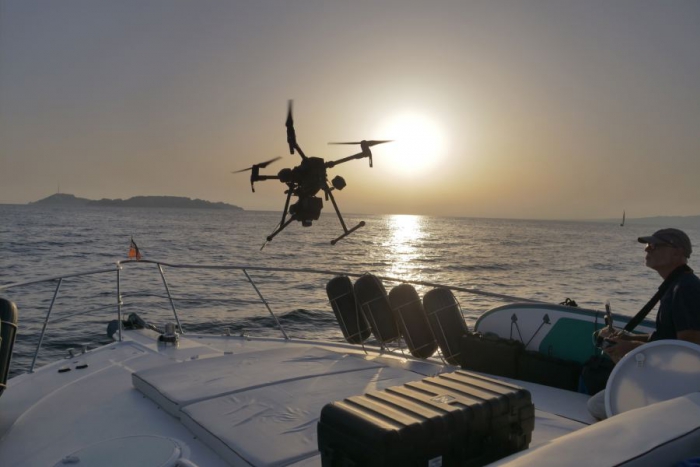 Many parameters, to which must be added an onboard camera, fpv type, to detect the center of the smoke plume and thus allow the drone pilot to place the UAV exactly in its wake, which then allows the device to collect the gas and particles datas, thanks to its remote head at the front of the drone.

Thus we have set our choices on the DJI Matrix 200, and more specifically on the first version that had just been stopped by the Chinese manufacturer.

Indeed the v.2 of the M200 no longer allows to use the batteries of our Inspire 2, the TB-50, but it was a crippling condition for us.

With some luck, helped by the company Flying-Eye, we were able to get our hands on the last copy on sale of the M200 v.1 ! You see it in flight on the photo, equipped with patented parachutes by Flying-Eye. 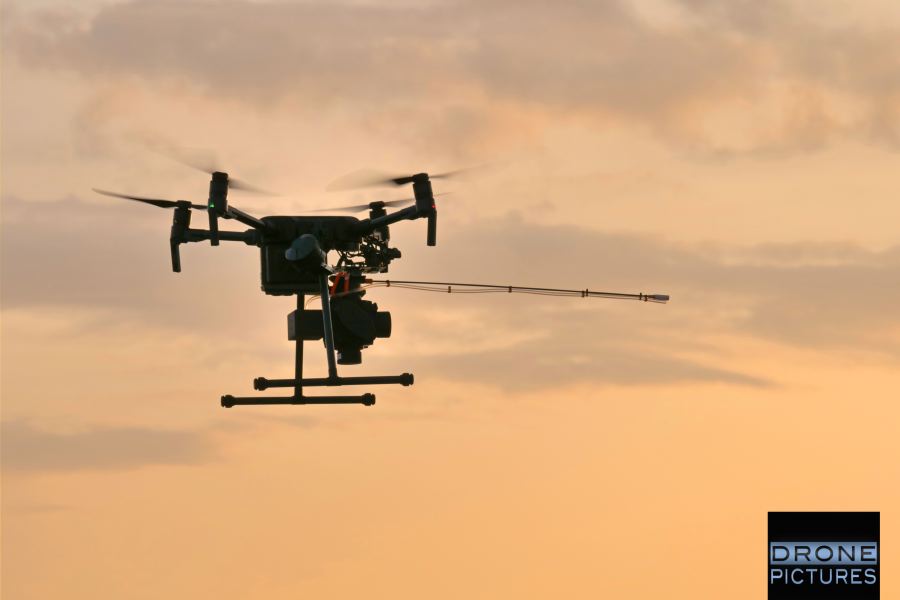 Its total weight in flight here is 5.8 kilograms for a range of 11 minutes and a maximum speed of 60 km / h (useful to follow the cruising vessels when leaving).

So, finally, we are ready for those four days of more than unusual flights !

As with any UAV service in France, many permits were needed to complete these flights, starting with the agreement of the port of Marseille and Fos-sur-Mer, then each boat captain, subject to be followed by our drone. The constraint imposed by the port is not to approach the ships within 250 meters, always in the back and without ever flying over them.

The aeronautical procedures consisted in asking the Marseille-Provence Airport a special permission to fly at an altitude up to 100 meters, instead of the usual 50 meters allowed in this area. The Istres military base has also endorsed for us to operate drone flights in the Gulf of Fos-sur-Mer, because the aeronautical zone is under their control.

The use of drones for the SCIPPER campaign was quickly imposed in addition to the ground means fixed on the yatch rented for the mission.

Remember that the main objective of the C1 campaign in Marseille in September 2019 is to measure the chemistry of the plumes of ships operating in the bays of Marseilles and Fos. All cruise ships, ferries, tankers, freighters, yachts are concerned. Some arriving at the port, others leaving.

Those departing, gaining speed very quickly (20 knots), it was necessary on the one hand to take off very quickly, and on the other hand to be able to follow them at this speed for ten minutes, this to allow the right data acquisition.

Thus, the course of our days was first to worry about forecast !

Because, once on board, the main difficulty of such a mission remains the weather and the state of the sea because all the takeoffs and landings had to be done from a boat stopped and stable. 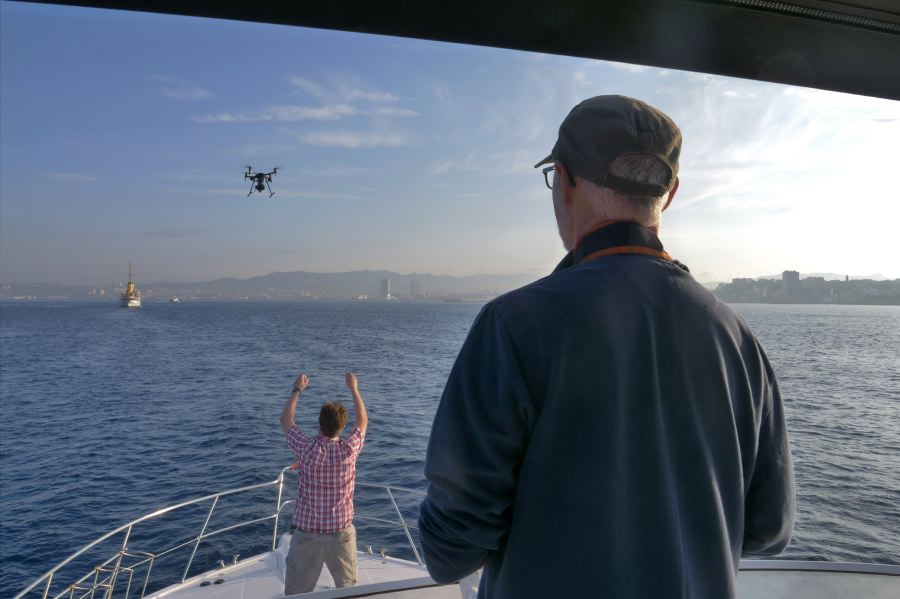 Take off from the front deck. Landing in our hands, which requires the perfect stability of the boat, so stopped at mild sea.

The initialization of the IMU, the inertial unit of the drone, was a delicate phase because very sensitive to the roll of the boat, which depends on the state of the sea.

Fortunately, the M200 has proven that it can handle large movements during initialization, and that it can re-initialize without being switched off, without losing valuable time !

Finally, we have established, that the drone can not be used safely at sea, in wind higher than 40 kms / hour. This was the case of the last half-day where we remained grounded.

Cruising, even facing the small swell is also a problem : the spray having very quickly made fully soak the front deck where we had established our base camp. Fortunately, on the one hand the M200 is IP43 (water resistant to a certain extent), the same for the new TB-50 batteries, but we also had plastic sheets for the navigation times between Frioul islands and Fos-sur-Mer, as well as waterproof pelicases. This did not prevent all of our equipment to have a very salty taste after these operations !

As we can figure it, there is a lot of constraints, but in the end it is quite a positive balance for scientists who have been able to compare their results : those collected by drone with Aeromon device that worth less than 20,000 €, and with the ones collected on ground with a set of sensors worthing more a million euros.

Aeromon was pleased to see that the data analyzed by its BH-12 device following the flights were reliable because they were very similar, and sometimes even identical, to those of the swedish scientists. (note that Aeromon measurements are available as service).

Thus, after the first returns, Aeromon and Atmosud have established an array of main Advantages / Disadvantages for measuring the Air Quality (AQ) with BH-12 device boarded on drone: 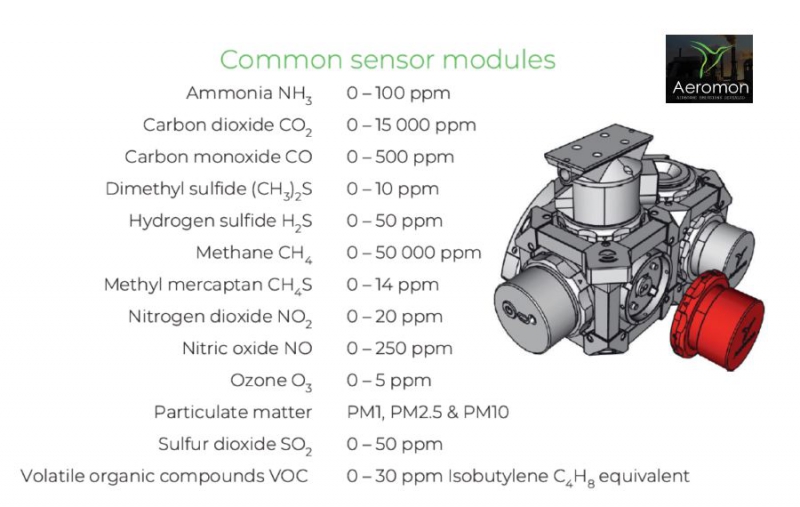 Features of the various sensors equipping the BH-12 Aeromon module

Will there be a sequel to this campaign?

By the summer of 2020, the same teams will be reforming to measure the dispersion and chemical transformation of the plume of the ships after the application of the global standards on sulfur.

Drone-Pictures will be there, more than ever !

Beyond this experience : the drone at the service of the environment !

Through this great experience, we see once again that these flying machines have not finished finding applications previously unlikely or impossible.

We are delighted to be able to put our expertise in drone piloting, development of flying solutions for specific uses and assume the reliability of the proposed service, while ensuring its compliance with the aviation regulations inherent to remotely piloted aircraft ( UAV / UAS).

After this first experience, Drone-Pictures wants to get involved in air services related to the environment.

With Atmosud, we study the fields of possibilities in terms of air quality measurements by drone in Southern France and Provence.

New applications, new needs and new ways are being born day by day. We follow them closely to provide the best service to organizations, scientists and companies with an 'eco-responsible' approach.

Because we do not forget that the air we breath in our cities, sometimes even at sea or nature, is more and more polluted : even invisible, these particles kill us little by little. There's no way to ignore it when you can measure it, to act on the decisions to be made, to anticipate public health problems, and thus gradually, to improve our quality of life.

We wish to warmly thank all SCIPPER project partners for their trust and their assistance throughout the preparations and during the operations at sea.

* This project has received funding from the European Union’s Horizon 2020 research and innovation programme under grant agreement Nr.814893