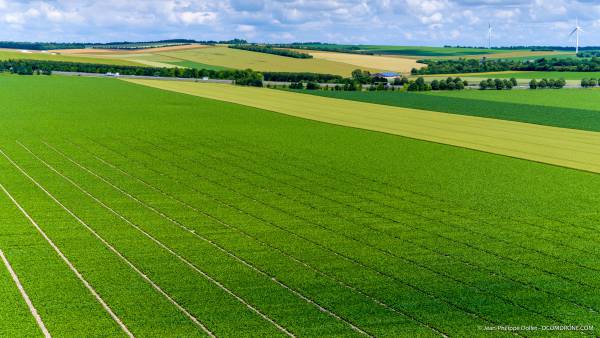 The first mission benefited of a beautiful light thanks to the clouds since only the RGB camera was used.

«Drone service in the Aube»

It is by these keywords typed on a search engine that D COM DRONE, one of the members of our network, has been put in touch with Sitemark.  This company specializing in the collection of aerial data headquartered in Belgium was looking for a French civil drone operator able to intervene in the department of Aube for six phenotyping missions at a rate of one per month.

The service was organized around the monitoring of an experimental sugar beet platform comprising several varieties divided into micro-plots.

"The 4ha had to be flown over as part of a S2 scenario by a DJI Inspire 1 drone capable of successively loading 3 types of sensors. Firstly, a nacelle / sensor DJI X5 for the realization of classic photos (RGB), a multispectral camera RedEdge-M from MicaSense and finally a camera / thermal nacelle DJI XT developed by FLIR Systems. Under 24h, all datas had to be reassembled on Sitemark's dedicated Internet platform. "

Thanks to its low height of flight, the images acquired by the drone are extremely precise since the resolution goes down to 6mm per pixel in the case of the photo sensor. At this level of detail, the mapping thus obtained of all the micro-plots offers the possibility of literally counting the plants and appreciating the development of each of the varieties over the period of 6 months.

What does the remote pilot do while running a flight plan? Nap ?

' (Laugh). It is indeed tempting since the drone automatically completes a programmed flight plan, but it is imperative to remain very attentive to the smooth running of operations. In particular, it is necessary to monitor the recordings of the photographs made at regular intervals and to remain vigilant with respect to the behavior of the drone to anticipate the least problem. The remote pilot must be able to take control at any time to bring the drone to its take-off point and land it. Remote pilot intervention is also required when interrupting a scheduled flight to replace the battery or canceling a flight due to an unexpected change in brightness that is detrimental to the quality of the recorded data. Of 40 flights, only 1 had to be interrupted and reprogrammed. ' 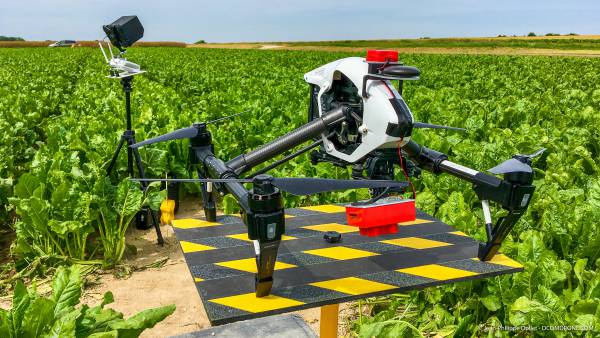 The stand allows a take-off inside the scheduled flyby area.

Did you have to take into account specific weather conditions to plan the different missions?

'Yes, because each sensor requires precise cloud cover characteristics. If the recording of RGB data adapts to a changing light, it is not the same for the multispectral camera which imposes constant light over the entire duration of the flight (clear or overcast sky). And for the thermal camera it is still different because a free and generous sun is mandatory to collect data allowing a reliable assessment of the level of water stress. Flight planning was therefore organized around two imperative cloudiness levels: 0/8 for missions using thermal and multispectral cameras, 0/8 or 8/8 when only the multispectral camera was in operation or when was operated with the RGB camera. To sum up, it was a sky, either all blue, all gray, and especially not between the two. '

You will find here the list of HOsiHO Drone Network telephones that offer technical services by drone.

Let's leave the final word to Marketa Raym of Sitemark.

' Thanks to your Internet platform we quickly find a professional telepilot on the desired region in France. Jean-Philippe from DCOMDRONE is proactive, efficient and reliable. He was very attentive to our expectations and invested in the organization of missions throughout the year. We could not find a better driver in the area. We are also looking forward to our cooperation in 2019. Thank you.' 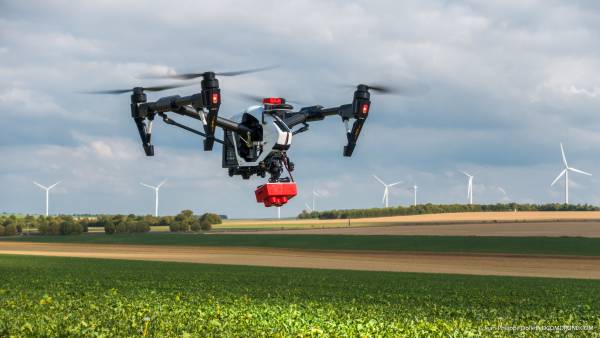