We share the Call to all Image Banks launched by HOsiHO, aerial stock footage and stills collection, The World Seen From Above! 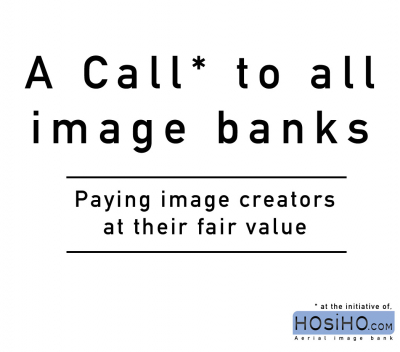 The Covid-19 crisis does not spare any sector, but at its level, HOsiHO as an aerial image bank is trying to call out to its (big) sisters through this appeal, published on its blog and sent in the form of a press release to hundreds of specialised journalists, image bank associations, collectives of authors, etc...

The French agency calls on stock image libraries to revalue the royalty share paid to the contributors of the images they represent and to put a stop to the continuous fall in selling prices, for both photos and videos, which has already led many professional photographers and video artists to abandon the profession.

Between 1990 and 2010, artists' incomes were good and steadily increasing, then at the turn of the decade things went downhill, especially for photographers. Some, went from an income of several thousand dollars a month to just a few hundred today.

The reason? Lower and lower prices, aggressive promotions and discounts, incoherent and incomprehensible pricing policies with more and more sales at 0.70 cents per image in the statements...!

The authors of these images, have no control over this wild pricing policy, practiced by some image banks!

Today it has become impossible to make a decent living from the images placed in image banks, especially when they are of the microstock type, with such low prices and such a low commission, of 15/20 or 30% only...

What can we do about it?

Today, HOsiHO is trying to alert visual creators and to call on image banks to take action on the very precarious situation in which this sector finds itself.

It is no longer conceivable to continue the price war, the race to the bottom, while paying less and less to image producers.  And the pandemic is in the process of dealing a fatal blow to the authors who still believed in it. Unless you have a second profession, it is no longer possible to make a living from your image production, however great and exceptional it may be.

But image banks can still change the situation: by raising prices to fair levels for both buyers and artists, and by redistributing more generously the income from the sale of their images.

It is important to say that the HOsiHO agency never makes promotions above 20%, and already practices fair rates (from 74€ to 1449€ depending on resolution and usage) with a 50% remuneration of the author on sales, within the framework of a non-exclusive contract. Each author is free to sell directly or via other photo libraries.

Last but not least, HOsiHO will symbolically accompany its call by paying 80% of the proceeds to the authors, on the December 2020 sales, (instead of the contractual 50%)! But above all, the aerial video bank hopes that many of its colleagues will do the same and become aware of the precariousness of the profession of visual creator.

Feel free to read the full press release and forward it or share it. 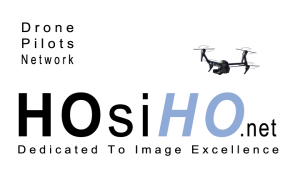