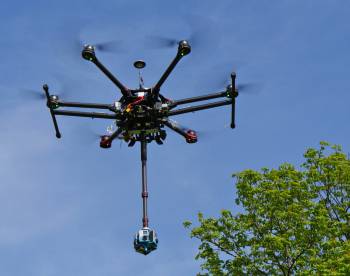 What is drone shooting in 360 ° VR aerial video?

Today, the shooting technique must be both aesthetic and precise. But what we are looking for above all is to offer an experience to the person who sees the video. The spectator must really dive into the film and have the feeling of being on the spot. To do this, professionals use the technique of UAV shooting in 360 ° VR aerial video.

Since the arrival of professional UAVs on the market, the production of aerial plans has become more accessible to all sectors of activity. Long reserved for the film and audiovisual industries, which used to be able to invest in cranes or helicopter rentals, aerial photography is now used in the fields of industry, agriculture, tourism, construction, architecture and culture. The contribution of immersive video is considerable, as it provides a more detailed and realistic view of the environment filmed at 360 °.

The realization of a 360 ° VR aerial video with a drone

This type of shooting requires drone piloting skills. However, at a professional level, it is necessary to have completed a 7-day training course at a specialized school and to have obtained a professional title from the DGAC (French civil aviation authority) after validation of a practical exam. The professional must use a UAV specially optimized for this type of shooting and master all the characteristics of its equipment. The pilot must also have obtained all the necessary overflight authorizations from the prefecture, the DGAC or the army, depending on the shooting locations.

The skills required for the realization of an immersive video

To make a good 360-degree virtual reality video, it is not enough to have the right equipment and the technical skills to handle it. You also need the skills to make and edit video. It is a meticulous work that also requires creativity and a sense of aesthetics, as well as a lot of experience to avoid the pitfalls of this kind of shooting. All of which our members possess!

Here is a technology that is being now more and more common: 360 VR videos are now easily viewable on Youtube or Facebook, which greatly enlarges the audience. Not to mention the sales boost of VR headsets and goggles offering you an immersive experience !
Some members of the network have been pioneers on this technique, early 2014, trying to bring on drone this new way of seeing the world: aerial video 360 VR by drone!
The companies we present here, have managed their bet and have become experts in the field, offering not only immersive shooting in 360 from a drone, but also from the ground, indoors and outdoors, with post-production of the different flows, ie stitching and editing. Thus, they are able to deliver a finished high-end product. Consult them, with confidence!