A drone shooting in the marshes of Camargue, for a new Fujifilm camera ! 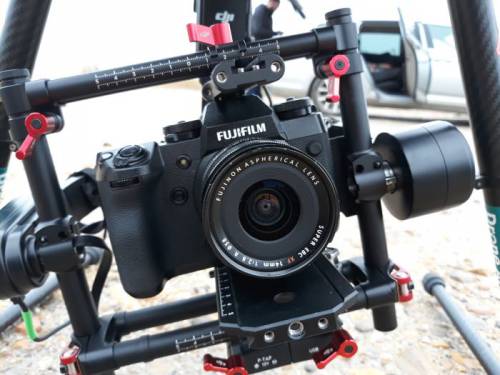 Just launched, the HOsiHO Drone Network found a first client for two of its members.

In December 2017, Chris Turner contacted the HOsiHO network for an ultra-confidential request that will lead our two operators to sign a non-disclosure protocol (the famous NDA = Non-Disclosure-Agreement).

The assignement is unique because it is all about shooting aerial images by drone with a brand new Fujifilm X-H1 camera which almost nobody knows much.

The idea being to make in Camargue, aerial videos in 4K with the X-H1 camera. A Dslr that will be launched 2 months later by the Japanese brand of still and video cameras and whose drone images make up half of the advertising clip. 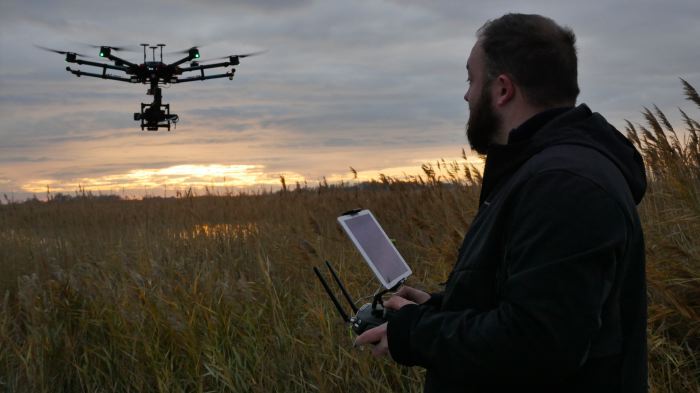 Thus, our two operators will work together with Fujifilm UK to bring all their expertise in aerial photography by drone:

December 19, 2017, 8:00 am: somewhere in Camargue, not far from the Saintes-Maries-de-la-mer, Sami Sarkis, cameraman, takes knowledge of the Fujifilm X-H1 case, while Paul, drone pilot, assembles the 'monster' who will fly: the DJI M600 hexacopter drone. Mounting of the dslr on the Ronin-MX gimbal will not be a problem. 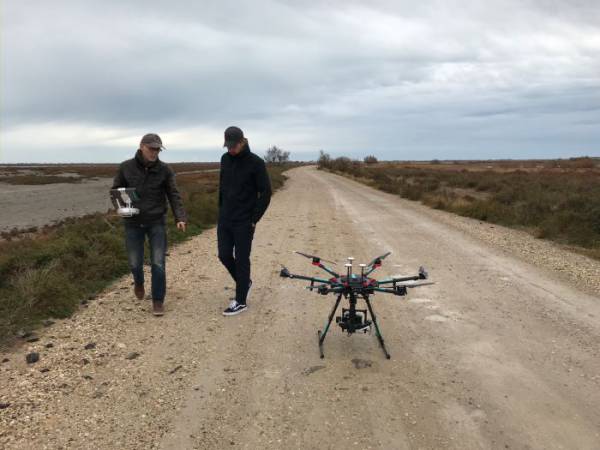 Before take off, debrief with the director

Chris Turner, the director of the film for Fujifilm UK, will give his indications to the UAV team, pilot and cameraman.

At first, he wants beautiful views of marshes at sunrise and some iconic landscapes of this wild Camargue: water, reeds, vast uninhabited wilderness, ...

The afternoon will be more sporty, with the follow by drone of a dozen Camargue horses galloping in the marshes and supervised by three Guardians. Cavalcade photographed by Chris Weston, renowned wildlife photographer.

The enticing menu had finished exciting our two creatives, always eager for new images off the beaten track. This filming was announced for the best, and the blind confidence that showed them the customer was a pledge of more!

Only downside: there was no sunlight all morning.

Worse, the fine and incessant rain condemned the drone team to long hours of waiting in a car, placed on stand-by.

Each looking for the slightest positive sign in a uniform gray sky.

Never forget that in the rain, or the strong wind, a drone still can not fly! 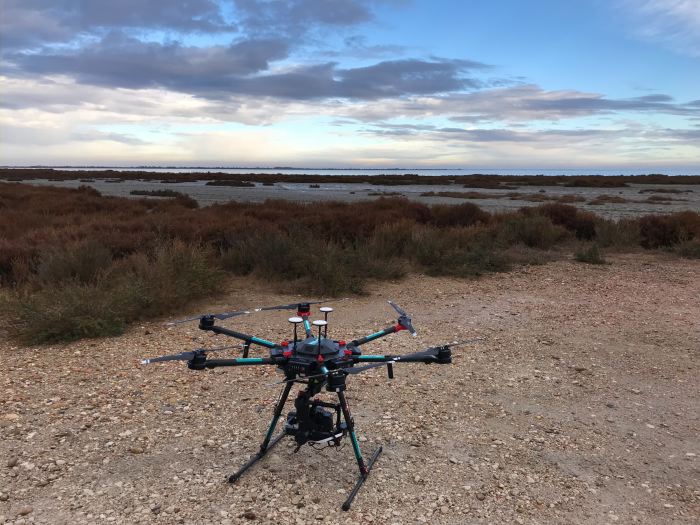 After rain the good weather. M600 ready for take-off!

But this long frustration ended up flying, just like the drone, which cleared in thinning, could take the air with this beautiful camera.

Thus the mission entrusted by Fujifilm to our operators could then be achieved by precise flights, in excellent conditions, with little wind and without a rain drop. Proof if it is, that the shooting, whether it is done by drone or on the ground, obeys a simple principle: patience!

To seek the most beautiful image is the mission of all our operators!

The material is nothing without a bit of creativity and especially a good dose of serenity and optimism. 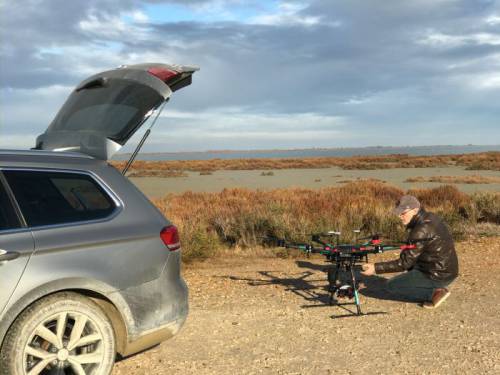 The afternoon with the overflight of Camargue horses was a great moment, not so easy to capture, as shooting with animals is inherently unpredictable. Only three cavalcades were scheduled, not one more, in a thirty-minute slot. The horses must then rest.

Between the capricious weather, a sun playing operators, a director not to disappoint, a prestigious brand to satisfy, and unpredictable horses, let's admit that the challenge was consistent and that luck was at the rendezvous of these professionals who have not missed an inescapable session. Quite simply.

Congratulations to them and thank you to Fujifilm for your trust!

For this drone service, the following means have been implemented by the two operators of our network:

Drone-Pictures operates for the HOsiHO Drone Network in the south of France, and particularly in Provence and the Côte d'Azur in the following departments: 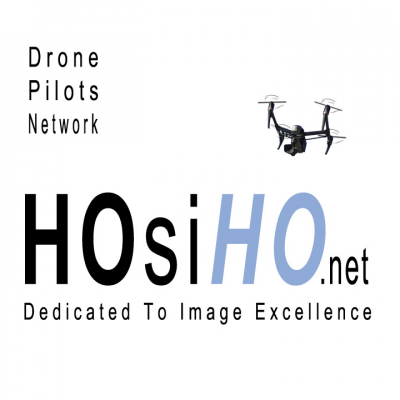